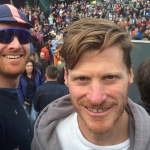 Hello Church,
One of the great bible heroes would have to be King David, the shepherd boy whose daring heroics felled the Giant who was holding a whole country to ransom.

He rocketed to fame and popularity, only to live the next season of his life as a fugitive. He spent a season hiding and taking refuge in a cave at Adullam. Archaeologists believe that the Cave of Adullam was not too far from the place where David defeated Goliath, in the hills of Judah.

From National hero to National fugitive; life must have felt like it was in a downward spiral.

The fact that David was hiding in a cave meant that he must have been feeling fear, but his life certainly wasn’t controlled by that feeling. Adullam means refuge, but the cave wasn’t David’s ultimate refuge. God wanted to be David’s refuge in this time of discouragement. He wanted to lead him through a season of fear and discouragement so he would rule as King and fear would not rule him.

We all have those cave seasons. In that time, more than ever, God is our refuge and strength and ever-present help in times of need. As we press into Him in the cave experience, we will find ourselves ruling over our fears and living beyond containment.

As a team our role is to help move people another step from where they are to where God wants them to be. From the car park to kids church, we’re helping people take a step.

Fear has a way of holding people stationary. This Sunday I’m believing many people will take a step. Pray with me as we believe for fear to be broken and many people either to take that first step into relationship with Jesus or take another step towards their destiny in Jesus Christ.

See you in Church!

P.S. Pre-service prayer 9:30am Hobart and 3:30pm DV. Let’s keep making these powerful times that set the spiritual temperature for our service.