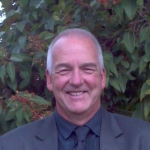 Meirav was worried. Her son had been gone all day long. Akish was headstrong like his father. His dark hair and features reminded her of Samuel. She missed Samuel’s strong hands, the warmth of his generous laughter. Meirev sighed. If only she’d had more time with him. It was now nearly two years since Samuel was snatched from their lives. Everyone was aware of the dangers of the storms that rushed down the valley swirling from the Mediterranean or further north. The lake was notorious for sudden storms, swooping in and taking all before them.

Other widows had brought comfort, saying that time would heal the wound in her heart. She still ached when some smell or sound reminded her of Samuel.

At times, she would look at Akish and see her husband in him. His boy’s voice was beginning to deepen, there was a gangliness about him, as he was now rapidly surpassing her in height.

Meirav kneaded the meagre barley loaves wondering whether she should have let him go for the day. She had heard great things about this new Rabbi.
Akish was friends with most of the other fishermen in the village. Surely no harm had come to him. It was late. She thought back to the morning.
“I’m not sure. You can’t tell me where you are going?”
“I just want to follow the Rabbi about. He does amazing things.” Akish’s eyes had sparkled with delight. “I was there when he healed that lame man yesterday.”
“He tells stories that make you think. Crowds follow him to see what he will say and do. I’ll just follow and see what happens.”
Akish asked again. “Please?” Meirav was torn; she ignored the question.
Akish tried one more plea. “You never let me go like the other boys. I hate it. Let me go so I can see for myself.”
His dark eyes pleaded. So much like his father. Her son tried one more plea. “At least I’ll be with Andrew.”
That had sealed it for her. Andrew; respected by all, kind, gentle. Whenever she bought fish from him she knew his portion would be generous.
Meirav relented “Alright, but stay with Andrew.” Akish had grinned. She had packed the lunch and wrapped it carefully into the bag.
“Take this. Share it with Andrew, or anyone else.”

That was over twelve hours ago. That was only this morning, and now it was past dark. There was much about this teacher that made her uneasy. No more of that. It was done.

The rhythm of the kneading comforted her. She patted the barley rolls into shape. Her daily ritual was making five loaves, two each, and another for any guest. If the last wasn’t used she would share with her son. She often gave him the extra portion.
Where was he now, she wondered? She glanced out the door. No moon tonight. Her precious son’s journey home would be in the pitch dark. He wouldn’t be travelling coming home alone. Meirav had watched as others from the village streamed past her door, all heading in the same direction.

Her instincts told her not to worry. But she would be happier when Akish was home.
She laid the loaves aside to let them rise on the hearth stones.
Her revelry broke. She heard rushing footsteps on the stones outside. She turned to see her boy’s shape framed in the doorway, a darker inkiness. Relieved, she turned.
He rushed in, words spilling out. He came into the light inside. “Mother. You should have come. Incredible. You won’t believe what happened.” His eyes looked deep into hers, openly, honestly sharing his heart.

Meirav shuddered. He looked more like his father whenever he was excited.
“So something amazing happened today? More healings?”
“You won’t believe it. Incredible. No one will think it was possible.” Akish’s face beamed. “I don’t know how he did it. It’s incredible.” The torrent of words stopped suddenly then he frowned.
“Well?” She waited.
“I don’t know he did it but he did.” Meirav looked at her son. He had a quizzical look on his face, but then beamed again. “You won’t believe me, when I tell you.” He smiled as he teased her.
“Of course I will. You were there, not me.. Now, tell me.”
“I don’t know how he did it but he did.” Akish shrugged. “I saw it. My lunch, he took my lunch.” Akish paused again.
“He did what? He took your lunch?” Meirav wondered, was that it, pride he had been generous to this teacher? She waited. There was more here.

“Yes with my lunch. With my lunch. With it he, he fed the crowd.”
The words then struck home. “With my lunch he fed the crowd.” What did the boy mean? How could this be?
‘Tell me again.” She wanted to be sure if she heard correctly.
“I don’t know how, but he did. With what you gave me, he fed the crowd.”
“The whole crowd?” Mierev asked.
“Yes, all of them. I watched. He broke it and broke it and shared it out. Over and over again. I heard someone say it was over five thousand. Five thousand ate my lunch.” Akish was proud, puzzled. He paused again. “Andrew told me it proved this Rabbi was greater than Elijah and Elisha. He is the one, the Messiah.”
“Are you telling me your lunch fed that many?”
“Yes. I don’t know how, but he did.” Akish added, “Andrew said it was a sure sign. He is greater than those prophets who fed a few. We were told those stories in the synagogue last week.”

Meirav could see the wonder, excitement and a new certainty in her boy. She didn’t want to lose him to some wandering preacher. She had heard of John with his wild clothes and wild ways. She had wandered over to the Northern part of the lake with others and seen the crowds.
“What do you mean he is greater than Elijah and Elisha? No one can be greater than those prophets?”
“Elijah fed the widow and her son for two years with the last of her barley grains and a little oil. Elisha fed a hundred with twenty barley cakes.” Don’t you see? He is greater. He fed over five thousand with my five barley cakes and two fish.”
“I don’t know what happened out there.” This was too sudden, too unbelievable for her. “This is too hard to believe.”
“Mother, I was there and I saw. He is greater than any who have come before. He is greater than Moses. The Manna only lasted a day. There were leftovers like Elisha. Twelve baskets full. Twelve.. the number of all the tribes of Israel.” Akish paused. Akish said with certainty. “He is the One. I want to try and follow him.”

Perhaps that is how it went for a young boy years ago. I re-read this story today where Jesus fed a crowd, a young boy’s lunch, a crowd, a miracle that is beyond our experience.
What would you have thought if you were there? Disbelief? Impossible? Incredible? Imposter? A natural explanation? His miracles and His teaching make us have to decide about Him. I don’t know what your take is on that day. How does this story challenge you?
For me, Jesus takes a little and makes it great. He takes what is offered freely and makes it inconceivably wonderful. He is the one of more than enough. He is the one who meets needs head on. He is the one we can come to. What do you think Jesus? Is He The One?