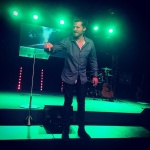 Recently we looked at Peter’s declaration of the true identity of Jesus:

After Jesus asked them;
“Who am I ?”
And received general and generic answers he asked again!
“But who do you say I am?

Peter speaks up. We don’t know whether he spoke first or whether he was the only one prepared to put himself on the line.

It’s never been easy to put your own beliefs and convictions on the line. There is a certain amount of vulnerability when we do. It’s easier to play it safe and hope someone else answers. I suspect that most of the other disciples were relieved when Peter spoke up. It took the pressure of them.

Matthew 16:16-19 (NLT)
“But who do you say I am?”
16 Simon Peter answered,
“You are the Messiah, the Son of the living God.”
17 Jesus replied, “You are blessed, Simon son of John, because my Father in heaven has revealed this to you.
You did not learn this from any human being.
18 Now I say to you that you are Peter (which means ‘rock’), and upon this rock I will build my church, and all the powers of hell will not conquer it. 19 And I will give you the keys of the Kingdom of Heaven. Whatever you forbid on earth will be forbidden in heaven, and whatever you permit on earth will be permitted in heaven.”

Following Peter’s bold and personal declaration, Jesus releases the “Keys to the Kingdom”.

Peter spoke out of revelation he received from the Father. He spoke prophetically and he made a declaration in the presence of his peers.

When we prepared to, out of revelation, speak prophetically and declare truth in the presence of others, things begin to shift and we find ourselves with the keys we need to unlock the will of God over our world. You will discover that you have the keys to the Kingdom!

As we engage with our “One Mission”, as we’re prepared to speak truth and revelation in the presence of our peers, we will see a new season of people finding the Kingdom has been unlocked for them.

I know we’re in for some great services this weekend.